World of Warcraft is an MMORPG taking place in the Warcraft universe. It's story immediately follows that of Warcraft III. It was developed by Blizzard Entertainment. Five expansions have been released for the game. In order; The Burning Crusade, Wrath of the Lich King, Cataclysm, Mists of Pandaria, and Warlords of Draenor.

The host of Scotch of Smoke Rings, Oxhorn, had become well known throughout World of Warcraft's community for his huge role in the early machinima community. Oxhorn played the game from classic WoW until early Cataclysm, but eventually found he couldn't dedicate the time to play it any longer.

References to Oxhorn in WoW

Wrath of the Lich King 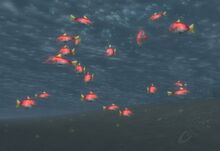 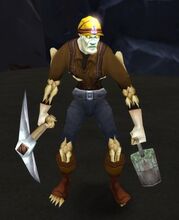 Foreman Mortuus in Wrath of the Lich King. 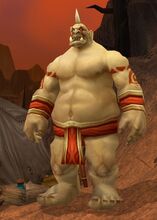 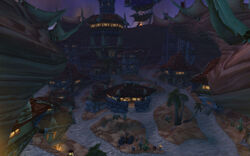 Orgrimmar, the capital of the Horde. 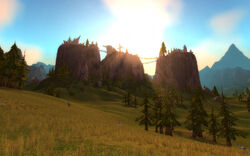 The Tauren city of Thunder Bluff. 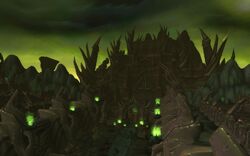 The Black Temple in Shadowmoon Valley.

Nagrand, a zone in Outland. 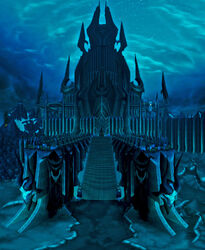 The Icecrown Citadel.
Community content is available under CC-BY-SA unless otherwise noted.
Advertisement