"Welcome one and everyone to this week's episode of Scotch and Smoke Rings! I am your neighbourhood friendly Oxhorn as always, with my suspenders set to maximum stun.[1]"
—Ox starts off an episode of the show.

Scotch & Smoke Rings is Oxhorn's weekly live show in which he discusses life, cigars, scotch, video games, and all things classy. Oxhorn often shares stories of his personal life or plays games with the fans of the program. As the title would suggest he does all of this while smoking a gentlemanly cigar and sipping some scotch, with some rare exceptions.

Initially branded a "World of Warcraft podcast/vlog", the show was created to fill the gap in between Oxhorn's popular WoW machinimas and to interact personally with his fans.

While Oxhorn has since retired from moviemaking, it still fulfills the latter purpose. The very first episode was aired on July 30, 2009 and the series the been consistently on most Thursdays ever since.

A common occurrence in the beginning and end of the show, this "segment" includes Oxhorn's dance which has been affectionately dubbed as "his shimmy". To many fans it's one of the best parts of the show.

Each week fans of the show have the chance to submit fan art or interesting information relevant to the show on the Scotch & Smoke Rings Facebook group. Oxhorn discusses the fan submissions live on the show every Thursday.

Smoke ships are the ending segment of the show in which fans in the chat compile a mighty smoke ship for Oxhorn to bring into existence. Once all ships have been submitted, Oxhorn carefully selects a winner and brings the lucky fan's smoke ship to life.

The Q&A consists of Oxhorn answering questions sent in by fans of the show. Fans are able to submit questions or topics to Oxhorn every week via his website, which he will then answer live.

A segment in which Oxhorn quite simply reads rap lyrics with a confused expression. It was regarded by Oxhorn's brother, Brian, to be embarassing. The segment was replaced a result.[2]

A segment in which Oxhorn plays against his fans in a game of Hearthstone. Fans are able to challenge Oxhorn on a first-come first-serve basis, the first one to get through Hearthstone's broken challenge system gets to meet the classy host on the field of battle, competing for glory, honour, and bacon.

Oxhorn has revealed that Hearthstone is one of the few games he has the chance to regularly play, he also plays with his fans each week during the later half of the show, with rare exceptions since he began playing in the beta.

When challenged by fans, Hearthstone has a glitch that causes Oxhorn's matches to be cancelled or even crash the game. Oxhorn often expresses frustration at Hearthstone not resolving the issue after such a long time.

A running joke about the segment is that Oxhorn often meets his end to incredibly powerful cards like King Krush, Mal'Ganis, or Dr. Boom. He himself has over time acquired a few powerful legendaries of his own such as Ysera and Kel'thuzad 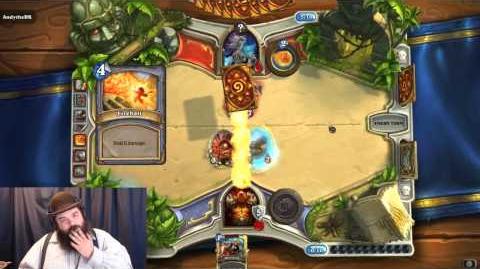 The most epic Hearthstone defeat EVER
Oxhorn's epic defeat by fan Andy the DK. 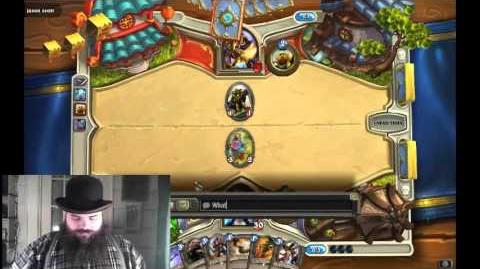 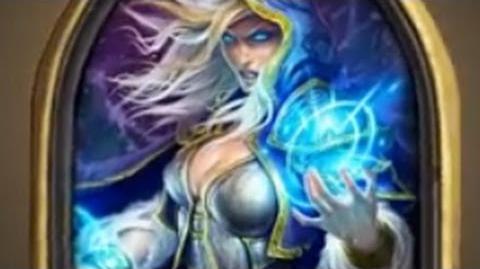 Hearthstone Heroes of Warcraft Review by Oxhorn - HHoW
Oxhorn's review of Hearthstone in the late beta. 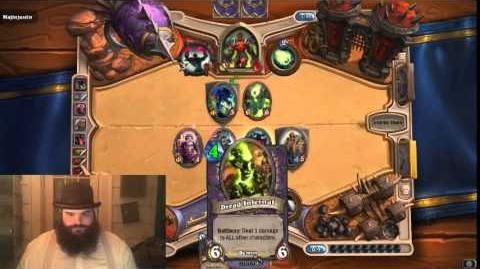