Nathan Allen Pinard is an independent music artist specialising in composing for video games, films, machinima, and TV.[1] He is well known for composing the music to many of Oxhorn's machinimas.

He has also appeared on Scotch & Smoke Rings, most recently on Episode 303, in which he discussed his new game, Technobabalon. 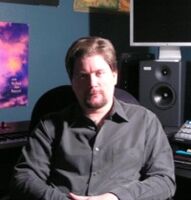