Hearthstone: Heroes of Warcraft is a free-to-play collectible card game based in the Warcraft series. It has over 30 million players. It was released on March 11, 2014.

It has had two expansions, Goblins vs. Gnomes and The Grand Tournament. As well as two adventures, Curse of Naxxramas, Blackrock Mountain, and The League of Explorers.

On Scotch and Smoke Rings

Oxhorn began playing the game as early as the beta and has since played the game weekly with fans live on Scotch and Smoke Rings since with rare exceptions. His favorite class is the Shaman (Thrall). Friendly games often take place in the second half of the show.

He refuses to spend money on the game but has received donations. Enough to buy him all the current adventurers and he has been gifted money for packs as well. Most of his cards are obtained through doing in-game quests and the old grind for gold.

Tavern Brawl was a feature introduced on June 17th, 2015. Oxhorn often plays this mode with the fans, as well as recording individual videos reviewing each brawl on his channel, ClassyManIAm. It often involves taking the base game but with a twist, including starting the with ten mana crystals, completely randomized decks, and tons of Webspinners. 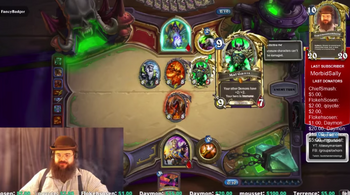 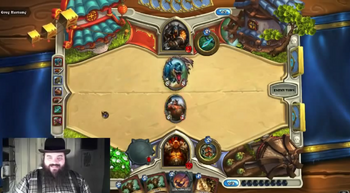 A scene from the King Krush era of Hearthstone featuring Greg Hartung. 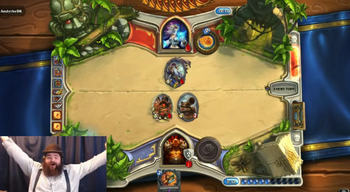 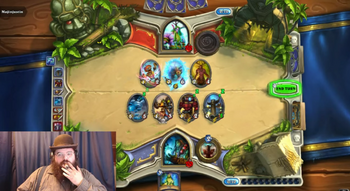 Oxhorn enjoys a cigar while doing battle with fan Majinjustin. 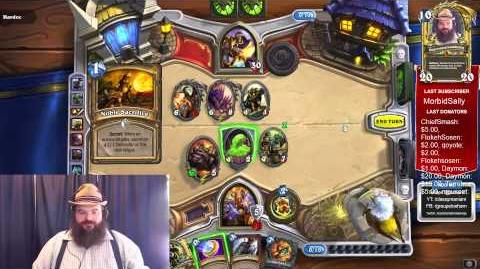 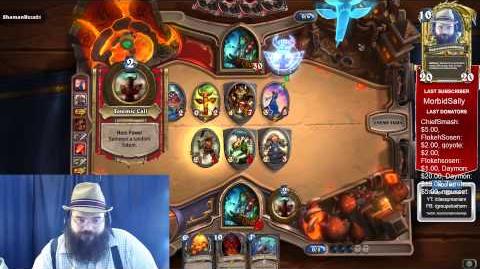 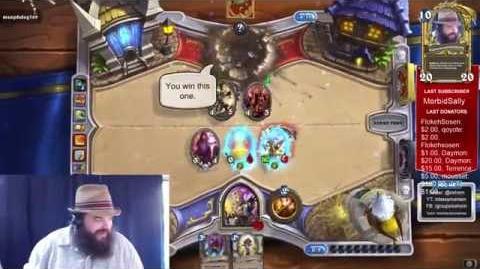 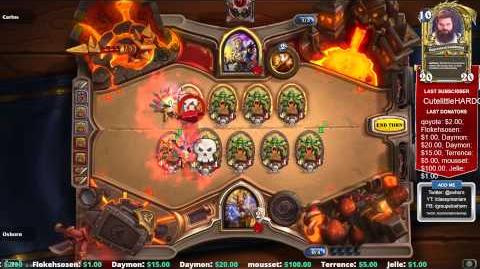 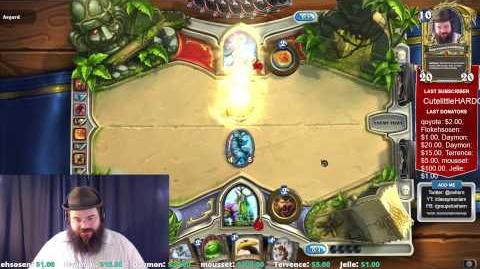 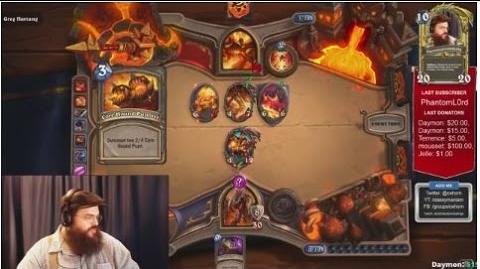